Vineyard Study is a film study of a Northern Californian vineyard and is comprised of a series of films entitled Fatto a Mano (44 minutes), Staerlinc (2.5 minutes), Campo de Trabajo (2.5 minutes), Americo (3 minutes), Kent (4.5 minutes) and Sogni della Luna (12 minutes). The films operate independently of each other and also form a whole. Organised around minimalist narratives, the films aim to conjure the particular atmosphere of the vineyard and related places, and explore each place’s ability to engender an emotional response, both from the individuals who visit and live there, and the viewer experiencing the places on film. The films offer both a rich and subtle experience, as well as an alternative view to an idealised and nostalgic representation of a rural place dominated by the past. Instead, they seek to reveal each place’s present time, less-than-ideal, complex atmosphere. 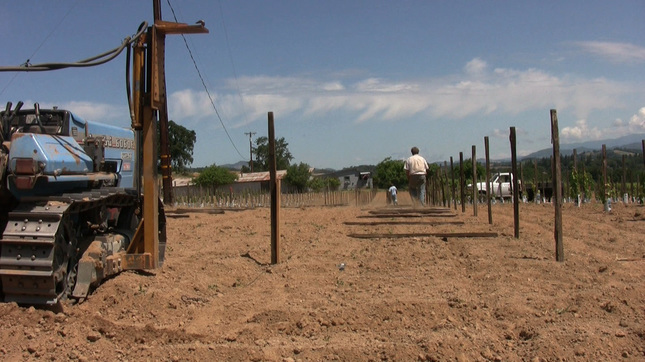 Filmed over two years, Fatto a Mano explores  various qualities of space in this unique Mendocino County vineyard, throughout seasons and during different vineyard activities. The film reveals both the work and imagination that built this place, including the owner's inspiration from the cultures of Italy, California and Mexico.